CANBERRA IS GROWING, BUT HOW SHOULD WE ACCOMMODATE THIS GROWTH?

On Monday 23 March 2020 at the Albert Hall, 100 Commonwealth Ave Yarralumla from 6.00pm to 8.00pm for a public forum on the implications of Canberra’s planning decisions for the bush capital, has been organised by the Canberra Planning Action Group (CPAG) and the Institute for Governance and Policy Analysis (IGPA).

The aim is vital to revive debate and discussion about what Canberra was supposed to be, what it has become, and where it should be heading. In the lead-up to the 2020 election, the Chief Minister’s claims for Canberra cannot remain untested.

CPAG was formed in early 2019 in response to discontent by community groups and many individuals. with the ACT Government on planning matters, including urban densification, transport, affordable housing, green infrastructure, approvals processes – the list goes on and on. This discontent is not new but it is widespread and growing, as the very things that make Canberra a uniquely liveable city are being destroyed at an alarming rate.

CPAG seeks a Canberra-wide perspective and a more united voice by all who want to see a more considered, people and nature-friendly approach to a growing Canberra.

A flyer advertising the forum is at this link.

CPAG is also receiving donations to defraying the expenses incurred in staging this forum.

The Federal Government has made decisions about the assessment process for of the Light Rail Stage 2. The delegate has determined that under the Environment Protection and Biodiversity Conservation Act 1999 construction and operation of

DRA along with ISCCC had submitted that the Stage 2B assessment should be way of independent public inquiry. This request has been rejected.

While DRA fully endorses the objectives of Light Rail we remain sceptical that the current proposal will achieve its objectives.

Objective 5: deliver an affordable project solution to the Territory that drives innovation and provides a value for money outcome.

We ask if the current express bus to Woden and local Deakin bus services will operate after Light Rail is built. 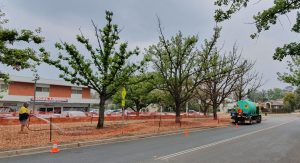 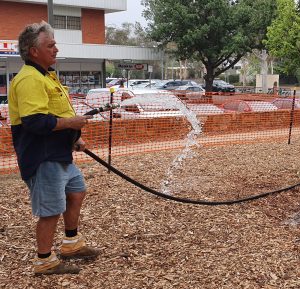 The ailing oak trees at the Deakin shops are responding to watering. They are being supplied with 500L per tree by a contractor. The ACT Government is buying lake water for the purpose

The eucalypts are also in urgent need of similar attention. Without it they must soon be candidates for removal

Would DRA like to support water purchases? Perhaps the commercial members and patrons of our terrific cafes and restaurants would back the initiative.

In the meantime DRA has been using watering cans to help the agapanthus on the Hopetoun Circuit roundabout to survive.

The Annual General Meeting of the Deakin Residents Association was held at the Bridge Club, Duff Place, Deakin on 7.00 p.m. 20 Nov 2019

The Draft Minutes and the President’s report are at this link.

The meeting was preceded by a presentation from guest speaker Mr Chris Steel MLA  Minister for Transport and City Services; Community Services and Facilities ; Multicultural Affairs in the ACT Government. He spoke on the Light Rail proposal, the potential impact on existing bus services and travel times between Woden and Civic. He discussed the health of trees particularly at the Deakin shops. We were also able to raise with him our concerns about traffic volume, speeds and parking.

Deakin trees continue to deteriorate. In his presentation before the AGM Minister Steel said they had been unable to diagnose the what was ailing the oaks at the shops.  Mulch had been applied to assist water retention.  But first we need rain. 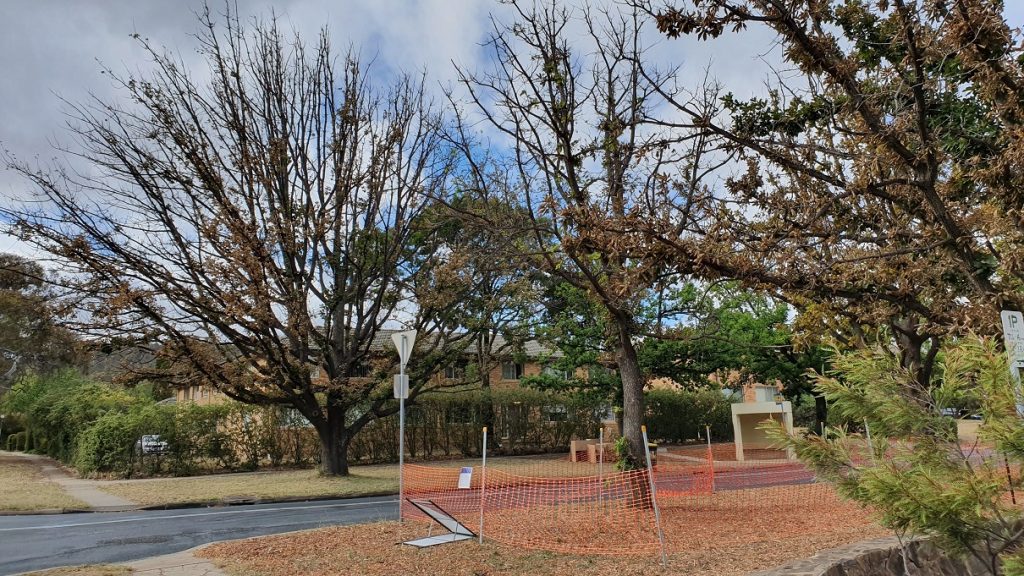 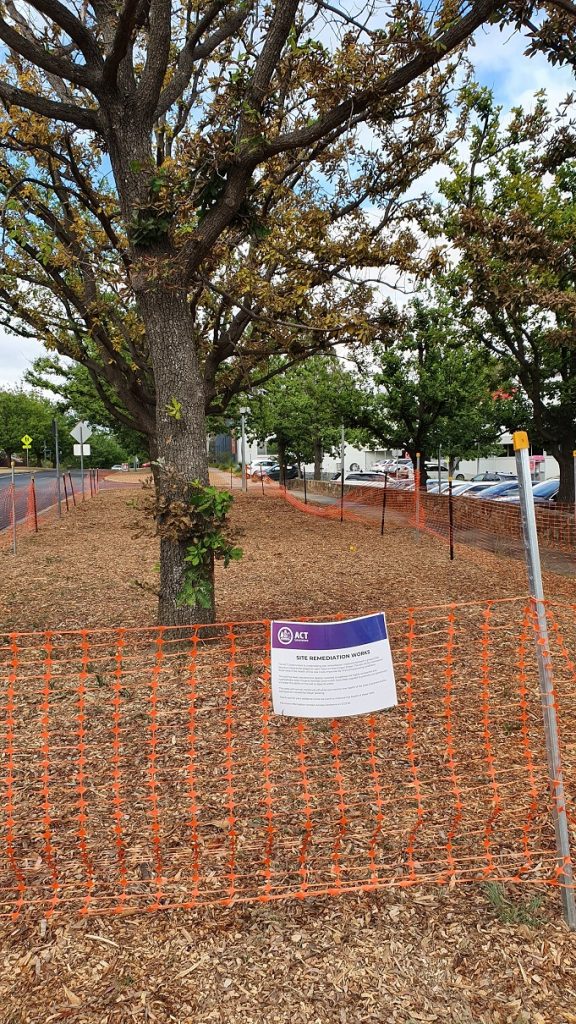 The Inner South Canberra Community Council (ISCCC) invites you to have your say on what you value about your local area, suburb or the inner south generally, what you would like to change, or to be protected, to make it a better place to live.

In particular, ISCCC is seeking your views on planning and development issues, as the ACT Government is undertaking the most comprehensive review of the planning system in over a decade. 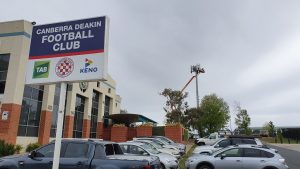 Some very unhappy Deakin residents are concerned about the size of  communications tower that has been constructed on the Deakin Oval. This eyesore can be readily seen from many parts of Deakin and  is unacceptable visual pollution and further erosion of our objective of enhancing the residential, suburban, social and environmental qualities of Deakin, consistent with garden city planning principles.

Why TPG needs a separate tower when there are already towers in Deakin, presumably owned by competing companies, at both bottom and the top of Gowrie Drive. We understand that ACT Government is not responsible for competition in the communication industry but we regard such triplication as just another example of appalling national policies on Communication (and Energy). We have competing poles and wire and now we have competing towers! 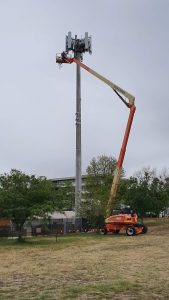 We have now seen correspondence from the tower provider, Catalyst One Pty Ltd, to EPSDD dated 1 August 2018 advising that the planned tower was to be a ‘new 20 metre monopole to replace an existing 20 metre light pole to establish a telecommunications facility located in Deakin’. However this advice is misleading as the documentation (attached) shows the top of the huge communications panels at 22.85 metres and the top of the tower itself beyond that, so the height in total is far above 20 metres. The girth of the tower is also massively larger than that of other light poles on the Deakin Oval. We are continually confronted by developments that ‘slightly’ exceed what is legal and or that have been approved in this case  22.85 m is not 20 m let alone the facility on top.

Comments from residents are welcome and will be passed to the Minister to whom we have written and who will be at our AGM on 20 Nov.