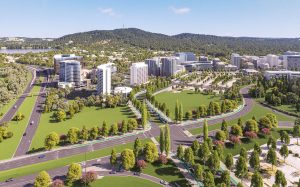 DRA would like to draw your attention to a paper that analyses if Light Rail Stage 2 is the most effective way to achieve the ACT Planning Strategy 2018 for the integration of land use and transport to make Canberra a more livable city. The full paper is at the link.

Analysis of the costs and benefits of light rail vis-à-vis electric buses is negative.

The Productivity Commission states it “will leave it to the (Joint Standing) Committee to ponder the relative attractiveness of light rail when such projects have consistently seen major cost blow outs (see the Sydney light rail project currently underway). Government resources are limited and there are many other calls on the public purse that are likely better value than the ACT light rail project.

The ACT Auditor-General states the cost of light rail to Commonwealth Park may have been be underestimated and the project’s economic benefits overstated. He recommended that the economic analysis be reviewed and updated, including assumptions behind costs and benefits. He added that this analysis should be made publicly available.

Light Rail and/or electric buses will not greatly redduce the great dependency on cars that people have as not only do they have to travel to work but they need to drop off/pick up their children at day care centres/schools on their way to and from work.

The current COVID19 pandemic has shown that emissions from private vehicles (69%) are effectively reduced by working from home. As Professor David Hensher, Founding Director of The Transport Opinion Survey, says “Beyond the COVID-19 period, we can expect commuting activity to decline by an average of 25 to 30 percent as both employers and employees see value in a work from home plan”.

The ACT Auditor-General considers that demand for public transport may not be as great in future due to changes in the way people work, with many continuing to work remotely.

The capital cost of Brisbane Metro network is $944 million over 21-kilometres of existing busway infrastructure. In comparison, ACT Light Rail Stage Two will be 11 kilometres long (actually, 10.7 Kilometres) at an estimated cost of $1.9 billion in 2020 figures.

The Productivity Commission stated in its submission to the (Joint Standing ) Committee that “The ACT Government’s decision to proceed with a light rail project appears to be an example of where the results of cost-benefit analysis have been ignored without a valid explanation”.

The ACT Government argues that it’s too late to change. However installation of the light rail infrastructure (wire free tracks, etc.) for Stage2A (to Commonwealth Park) is scheduled to start in 2024. The rest of Stage 2 (Commonwealth Park to Woden TC) is not programmed at all. There are still huge problems to resolve as well as a lengthy approvals process – hence the $93M design contract to AECOM. The Commonwealth Government and the Parlaiment of Australia itself has to approve passage of the line throught the Parlaimentary Zone. 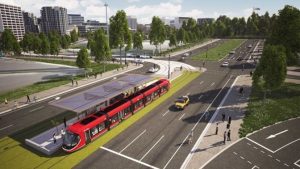